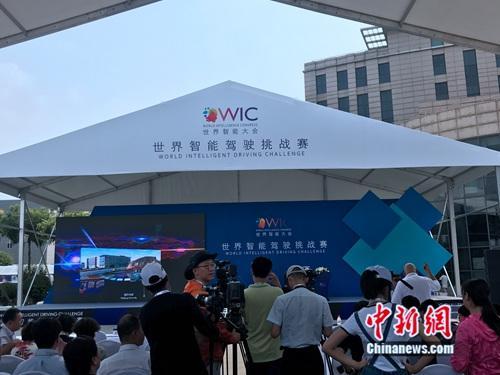 On the 28th, the World Intelligent Driving Challenge (WIDC), organized by the United Nations Development and Reform Commission of the Tianjin Municipal Government, opened in Tianjin. The theme of the challenge was â€œTake the world with intelligence and drive for the futureâ€, which attracted 63 teams. The team consisted of well-known companies, famous universities and research institutes.
The 63 teams competed for 3 events on the 28th, and the highest temperature in Dongli District of Tianjin reached 37 Â°C. This focus on future technology competition was celebrated in the hot summer days.
The World Smart Driving Challenge is co-sponsored by the Tianjin Municipal People's Government, the National Development and Reform Commission, the Ministry of Science and Technology, the Ministry of Industry and Information Technology, the National Internet Information Office, the Chinese Academy of Engineering, and the Chinese Academy of Sciences. It is an important part of the World Intelligence Conference. . The organizers of the competition include China Automotive Technology Research Center, China Productivity Promotion Center Association, China Artificial Intelligence Society Intelligent Driving Professional Committee and other professional institutions and Tianjin Dongli District People's Government.
At the opening ceremony, Zhongxin.com reporter learned that there were 78 judges and 90 team representatives participating in the challenge. There were three races: unmanned driving group, intelligent assisted driving group and information security group. Among the 63 participating teams, there are 19 teams in the driverless team, 20 teams in the intelligent assistant group, and 24 teams in the information security group. 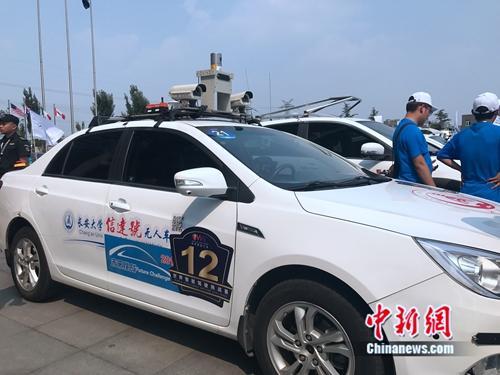 The price of the driverless car in the picture is about 700,000 yuan. According to the car team, the radar is the most expensive part of the car. According to the introduction of Pan Xinyi, the unmanned races set the preliminary and finals. The preliminary competition needs to challenge 10 scenarios such as mission start, avenue passage and tunnel access. In addition to the preliminary content, the finals need to test bank withdrawals, vehicle escorts, and intersections. 15 scenes.
The intelligent auxiliary group competition includes three types of test items: automatic parking, automatic emergency braking, lane departure warning and maintenance, and is mainly for the evaluation of production vehicles equipped with intelligent assisted driving systems.
The Information Security Group competition is mainly for the information security attack and defense evaluation of vehicles with intelligent functions. Participants need to crack the vehicle control protocol, such as engine speed, air conditioner switch and exit switch.
According to the rules of the competition, each participating vehicle in accordance with the traffic rules, in the test area according to the set route and the project autonomous driving form, to assess the smart car's perception, planning, decision-making and control capabilities. At the same time, during the normal race, there must be no people in the participating vehicles.
How long does it take for a driver to really â€œgo on the roadâ€? 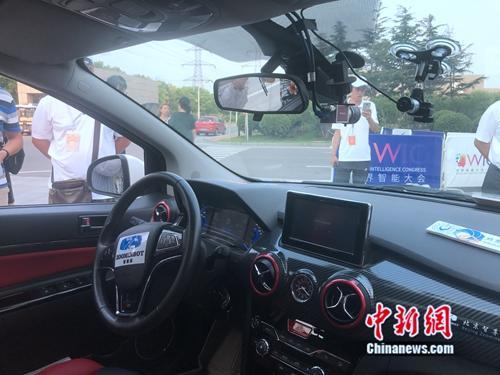 The industry generally believes that unmanned driving is a kind of outdoor wheeled mobile robot, mainly relying on artificial intelligence, sensors, positioning systems and navigation systems, etc. It is the highest form of intelligent car development and the goal of intelligent driving.
Zhang Songsongâ€™s team was the No. 1 team of the driverless team. After successfully passing the preliminary round, he told the reporters that the cost of the participating vehicles was 700,000 yuan, which was not the highest among all the participating teams.
The reporter learned that the most expensive part of the driverless car is the lidar. The radar is placed on the roof. The working principle is to measure the contour information of the object by calculating the time difference between transmitting and receiving signals by transmitting and receiving light pulses. Thereby drawing a 3D environment map.
Talking about the popularity of driverless technology, Zhang Songsong said that special vehicles running at low speed in the park can be popularized within two or three years, but it takes a long time for civilian cars to achieve unmanned driving, although the theory of unmanned driving has been feasible. However, in practice, it is necessary to cooperate with traffic rules and road infrastructure.
"At present, if you want to do mass production of a driverless car, there is a radar on the roof that can't get through the dynamics of the car, and you have to take it off later." Zhang Songsong said.
It is reported that the final of the Intelligent Driving Challenge will be held on June 29th and 30th. According to the organizer, the referee team of each competition in this challenge is full of talents and professionalism. The unmanned referee team is composed of experts from the University of Michigan, Beijing Institute of Technology and China Automobile Center. The intelligent assisted driving referee team It consists of 13 experts including China Automotive Center and Tongji University. The information security referee team consists of the Third Institute of the Ministry of Public Security, the Computer and Microelectronics Development Research Center of the Ministry of Industry and Information Technology, the China Information and Communication Research Institute, and the China Internet Information Center. Composed of experts.
In addition, the combination of theory and practice of this event not only has the practice test verification of the competition, but also holds the World A20 International Forum on Intelligent Driving.